Ask anyone, parent or not, whether they know what a “temper tantrum” is, or what the “terrible twos” are, and you can bet that they have no trouble picturing a toddler meltdown at a playground, a grocery store, or an airport. The image of a young child wailing or screaming in frustration is so ubiquitous in our culture that it’s often seen as a parenting rite of passage.

But that doesn’t make it any less stressful for parents. No matter how many people with older children smile supportively at you while your child has a meltdown, no matter how many other parents with their well-behaving toddlers share a sympathetic glance that they’ve been there plenty of times, the temper tantrum can be a distressing experience for parents, siblings, and above all, the child experiencing the frustration.

The question that every parent wants to know the answer to is, “How do I stop my child from having tantrums?” While anyone that promises an easy way to eliminate such outbursts altogether is probably selling snake oil, some basic knowledge can help parents minimize the frequency, intensity, and duration of temper tantrums. By understanding the causes of your child’s frustration, and knowing a few key principles about how to help, you can make a positive difference in your child’s early experience navigating life. We’re here to share our expertise, and help you help your child!

The most important thing to understand about temper tantrums is that they represent an attempt by your child to communicate his frustration. Since young children are still developing their language and coping skills, they are unable to use words to express the frustration they feel. The outbursts are much easier to address if you can see them as a message, a call for help, or a confession that the child doesn’t know what to do with the big feelings he is having. Mixed in, there’s often an inner tension between wanting to be independent and feeling helpless.

The single greatest thing to keep in mind is that temper tantrums are not in any way motivated by a desire in your child to cause you stress, show you disrespect, or undermine you in any way as a parent. Of course, you know this intellectually, but the importance of keeping this understanding alive in your mind as you help your child through the tantrum cannot be overstated. Your child simply does not know other ways of handling the emotions he feels, and needs your help to calm down and process.

There are a multitude of reasons your child might exhibit tantrum-like behavior. The first step to being helpful is properly diagnosing and understanding why it’s happening. In addition to the basics (hungry, tired, overwhelmed), there are three over-arching developmental reasons that children sometimes have meltdowns:

Young children are at a period in their lives when they’re trying to make sense of the world; they are highly observant of their surroundings and they are just beginning to understand patterns. They are like scientists, developing hypotheses about how the world works and observing repeating events. In this way, they create their own worldview. 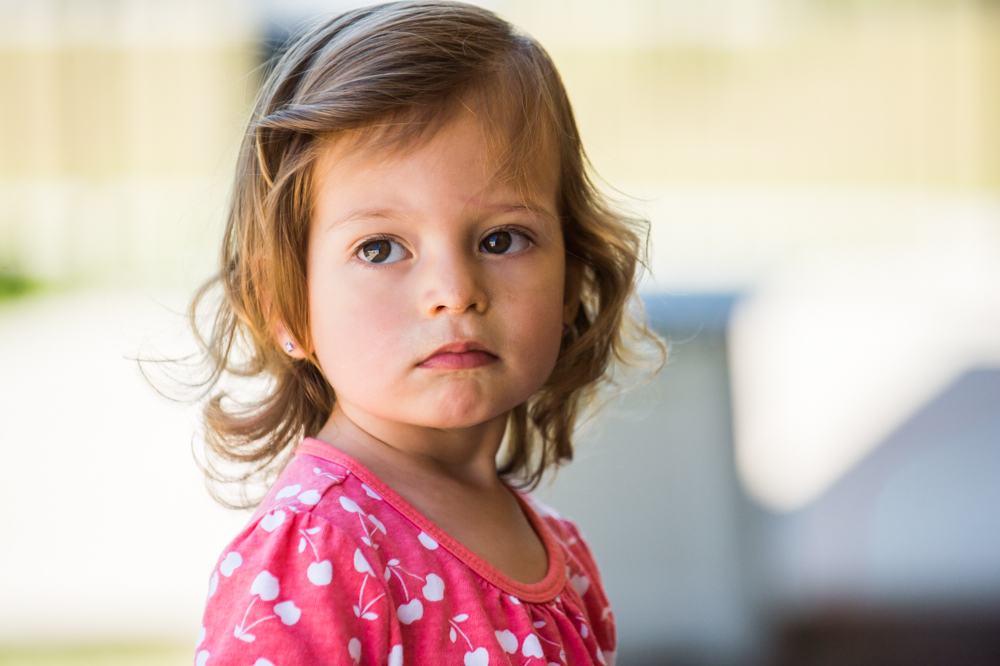 Their expectation is that the world is orderly, and that if they discover certain patterns, they can then rely on that knowledge. But what happens when something does not fit with a newly-understood pattern? When something that the child had “figured out” suddenly doesn’t fit into the pattern, this can be very upsetting to the young child.

For example, something as seemingly-minor as parking your car in a different spot in the school parking lot could potentially disrupt your child’s calm. She has just figured out where the car is supposed to go, is ready to build on that knowledge, and, all of a sudden, she sees that she cannot rely on that knowledge after all. Your child may also be frustrated when he can’t find his jacket that usually hangs on his chair, but has been moved to the closet. It is as if he’s carefully and with great effort formed the hypothesis “jackets go on chairs”, and that hypothesis has now been proven wrong.

Young children are particularly sensitive to the patterns they experience as routines, because these routines convey a deep sense of underlying order. Changes in their day-to-day routine, even small ones, can be especially upsetting because they not only call into question specific conclusions about the world, but also the basic understanding that the world itself is an orderly, knowable place. Something as simple as having lunch after her nap instead of before could throw off your child’s understanding of how her day is going to go, and her confidence in her burgeoning predictive capacity.

[However, as we will discuss in our next blog post, the answer to this challenge is not  to try to eliminate all such changes. Parking in the same spot every day, in addition to being impractical, is not a developmentally-appropriate solution to your child’s parking lot tantrums!]

A Developing Sense of Self-Direction

The second fundamental reason young children experience the frustration leading to tantrums has to do with the way in which they are gradually discovering what it means to be self-directed people. A toddler or preschooler is literally creating herself as a coherent, present, and active agent in the world. The way this self-creation occurs is through the act of making deliberate choices—in choosing, a child forms and uses knowledge, forms and refines preferences, and more.

Children are developmentally pushed to practice making decisions for themselves—and for this reason, they may be very insistent on practicing! During these early years, children learn what kinds of activities they enjoy (e.g. reading, coloring, playing at the playground). They learn what they like to eat, who they like to spend time with, and what toys they enjoy playing with. To align themselves with these discoveries, they also learn how to assert themselves as little human beings. They are becoming more autonomous, discovering themselves as individuals, and learning how to affect their environment.

When a child experiences an intense need to complete a task for herself, and when she isn’t able or allowed to complete it, she may experience intense frustration. Every fiber of her being is signaling to her that she needs to take some action and experience the result; anything or anyone standing in the way of this instinctive need is experienced as a threat to the quest for growth that is core to her developmental purpose in life.

So, when a child reaches for a glass vase that he likes, and an adult places the vase on a high shelf, his experience is that of a calling denied—this object in the world that draws him to action, and that suggests the possibility of an important experience, is being removed. Why can he not have it when it is right there in front of him? Confused, frustrated, and upset, all the ingredients for a meltdown.

Intimately related to a child’s need to exercise self-direction is the need to experience control. A young child’s entire identity is wrapped up in the need to develop independence, and often that need expresses itself as a need for control. The child is a developing self, asserting its own agency, and situations in which that self is rendered passive are inherently frustrating. If a child wants to feed himself, but the meal involves soup that a child must be fed (e.g. because it is being eaten at a restaurant where a mess cannot be permitted), he may find that circumstance an incredible affront. The adult, rather than empowering the child’s quest for control and autonomy, is standing in the way.

Often, if a child is experiencing a lack of control, the reaction has less to do with the particular issue, and more to do with the general need to assert control. A child that has a frustrated outburst because he cannot throw your phone into his cup of milk may have a desire to experiment with putting objects in his milk—but the behavior could just as easily be an expression of a more general need to demonstrate that he is in control. It is important for parents to develop a radar for distinguishing between such cases: sometimes your child wants to exercise a particular choice in pursuit of a particular experience, and at other times he just wants to experience himself exercising choice and self-direction.

Keep your eyes open for our next blog post to learn more about how to prevent tantrums, and what to do when they do occur.