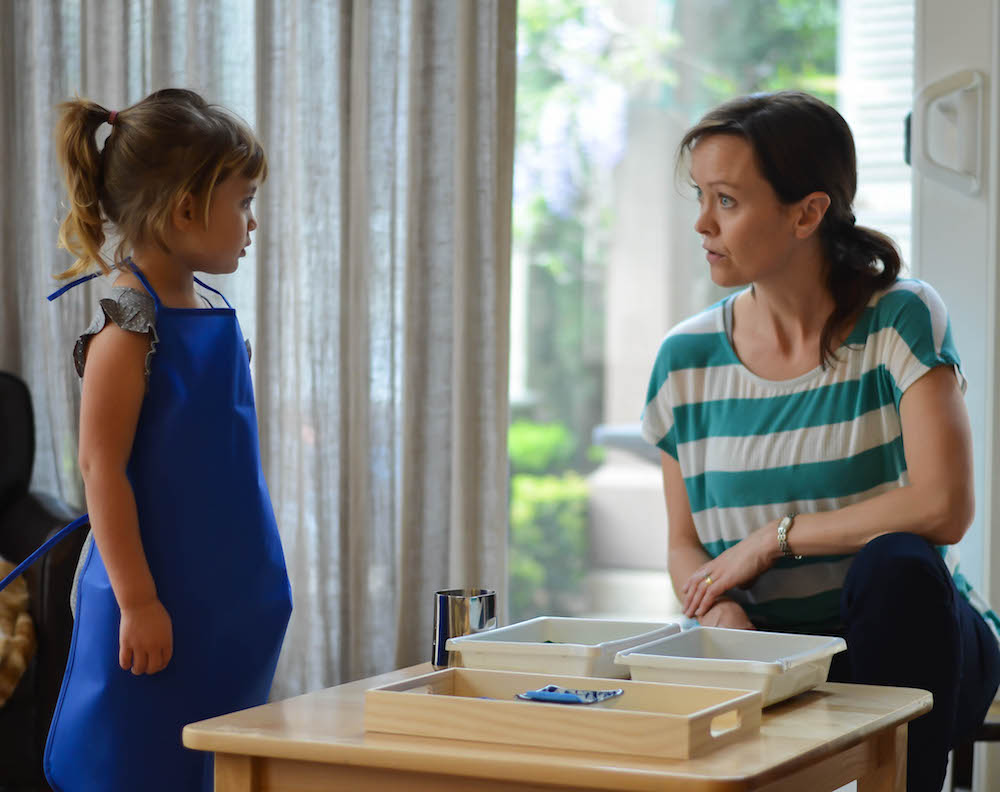 So much of being in a respectful relationship with a child has to do with positive affirmation. What kind of words are you using in conversation?

If we talk down to a child — saying no without reason or belittling their role in a decision — we place within the relationship a sense of hierarchy that lessens the trust between parent and child and forces the child to be more discouraged than optimistic.

But, if we choose instead to speak factually, stating what IS true rather than what ISN'T, the child begins to build trust for the adult and focus instead on what’s possible in the big, complex world around him.

Positive phrasing is brief and declarative. It is to say, “I want to stay home,” instead of, “I don’t want to go to the park.” Positive rephrasing focuses on what the child can do instead of what he can’t do. If he asks for a snack, say, “Let’s eat a snack after lunch,” instead of, “You don’t need a snack right now.”

Positive language helps the child to feel confident in what’s to come, and it's easy to communicate the good.