If you observe a Montessori classroom in action, that is precisely what you’ll witness - movement. Movement is an integral part of the Montessori method.

Children move freely through the prepared environment, choosing a shelf by which to select an activity and a table by which to work. Movement is also deeply tied to social opportunities. While walking through the classroom, spontaneous encounters occur.

If you picture a traditional classroom, on the other hand, nearly the exact opposite is true. Children are carefully seated in their neatly organized rows, expected to sit and concentrate for extended periods of time. Typically, any form of movement requires some level of permission, i.e: may I use the restroom? Any social interactions, in a traditional setting, are either considered outside the realm of socially acceptable or they are a product of a planned event.

Montessori was one of the first to recognize the importance of movement. She systematically, as well as programmatically, incorporated it into her philosophy of learning. Why? Because she believed that thought requires movement and that movement precipitates thinking. How? By creating a prepared environment in which children are free to explore their own interests. 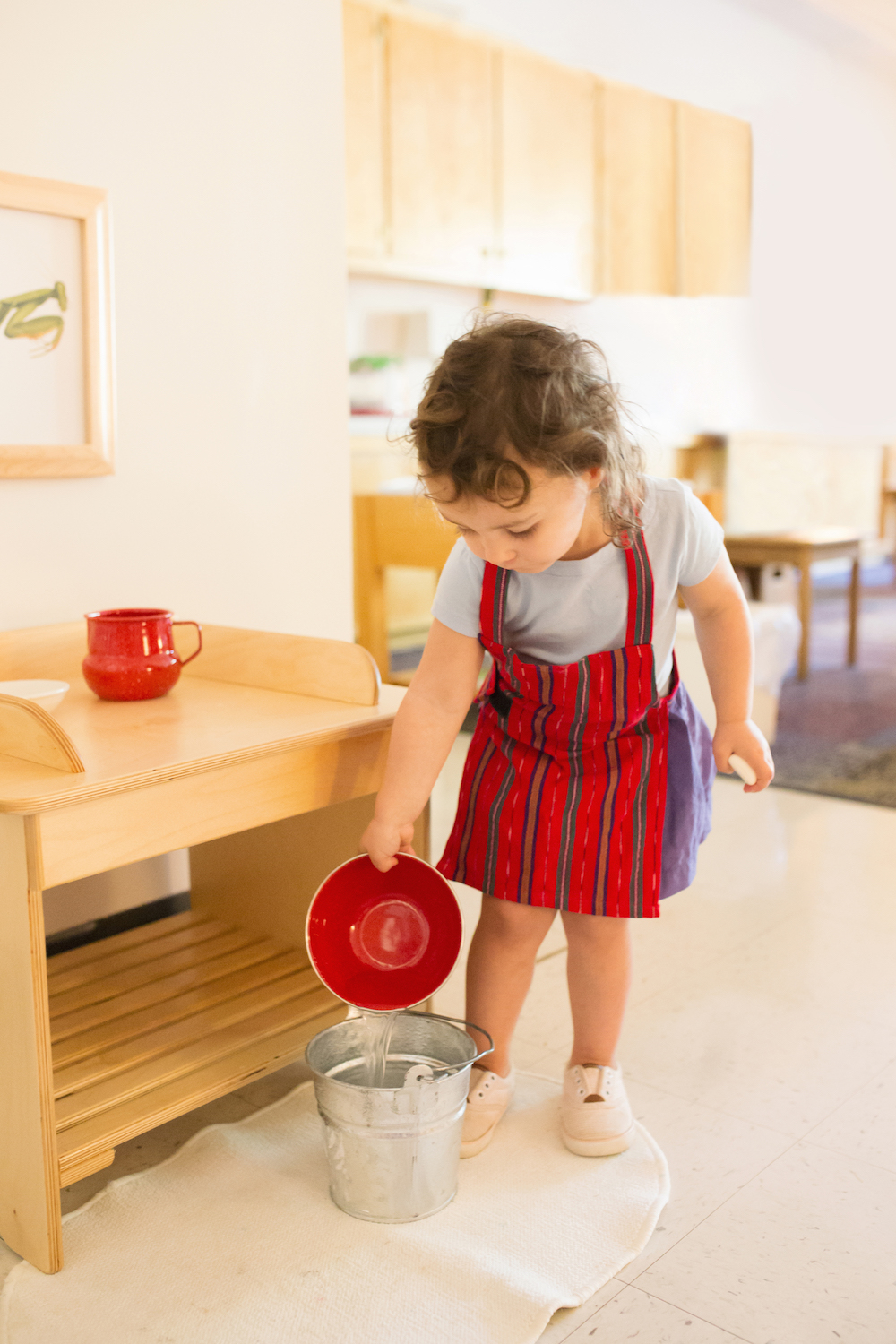 There’s a long and storied past of great thinkers, from Rimbaud to Nietzsche, who valued movement in relation to thinking. None is as relative or impactful as Nietzsche. In the "Twilight of the Idols," Nietzsche summarizes this nicely: “Only ideas won by walking have any value.”

In the “Absorbent Mind,” Montessori takes this idea very seriously, engaging in conversation with Descartes, who famously separated the mind and the body. Montessori seeks to overcome this duality, overthrowing the conception that to think is to sit and contemplate and to move is to engage the body and go free.

One of the clearest examples of this is often expressed by Montessori guides, who extol the virtues of movement in the classroom in relation to conversations about recess: practical life affords the body the actions that it needs. Not only is this type of movement directed and focused on purposeful work, it also allows children to expend their energy in productive, concentrated ways. While traditional schools still subscribe to the differentiation that to move is to be free, Montessori frees the body as the mind.

Montessori understood that by allowing children to move freely, not confining them to a desk, she was introducing movement into thought. Thought also needs the lack of movement, or, said differently, she allows the movement of thought to transpire, through concentration, independence and having the confidence to pursue your interests. Concentration carries thinking forward through the movement it recognizes.