Elementary Series: On the Great Stories 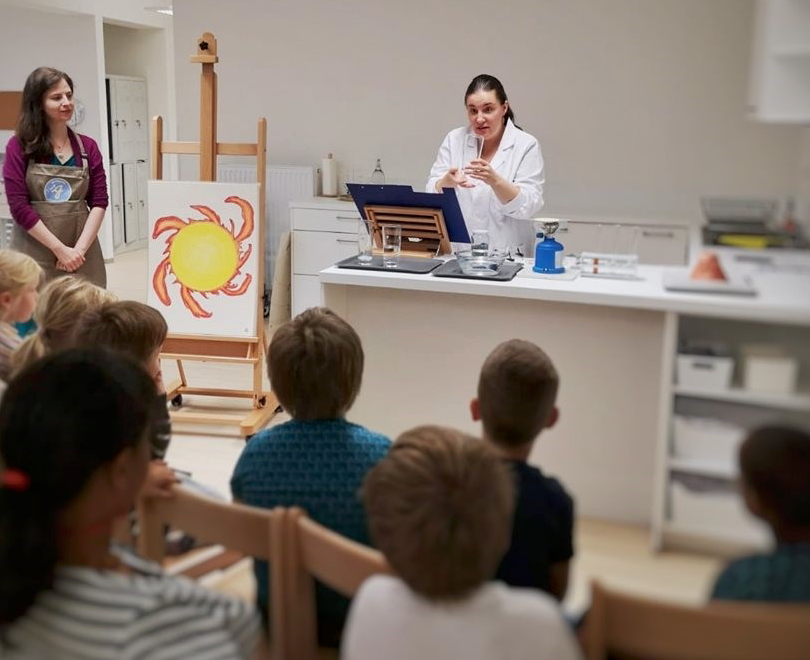 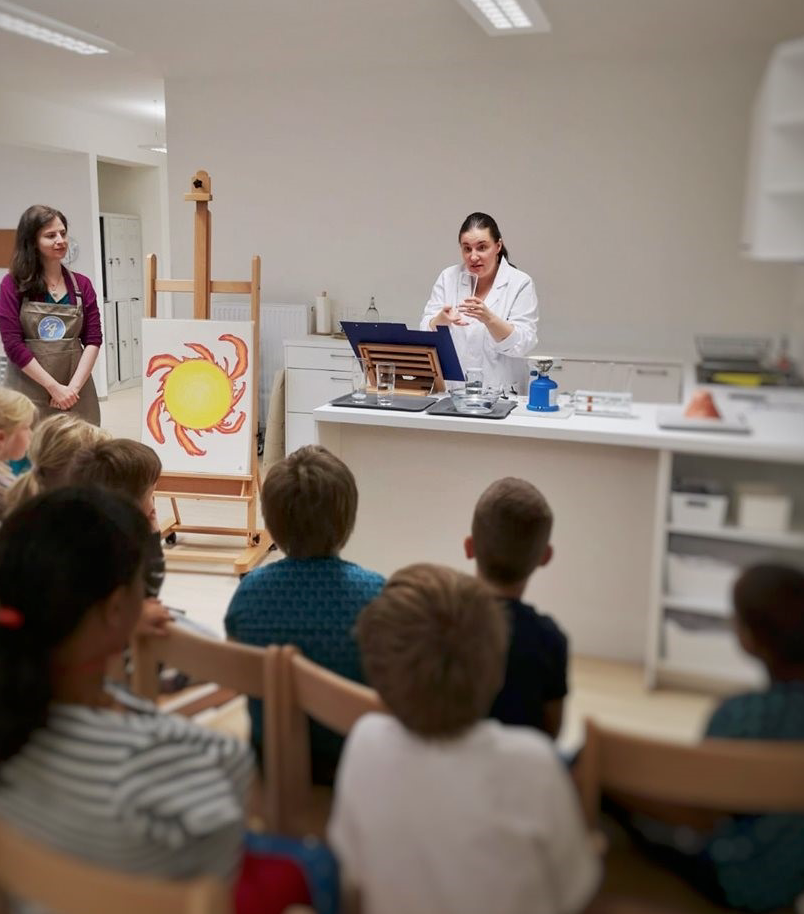 “Since it has been seen to be necessary to give so much to the child, let us give him a vision of the whole universe,” Dr. Maria Montessori espoused in “To Educate the Human Potential.”

Montessori offers the elementary child a cosmic education. What is that, you might be thinking?

The term is not associated with some kind of bohemian fringe movement or anything related to astrology! Cosmic education refers to the scope and breadth of knowledge that is presented to the child. This is accomplished through the guide (teacher), the classroom materials, and the resources that are accessible to the child outside the classroom walls.

Offering the child a panoramic view of the universe is the impetus for the first of the Great Stories. This collection of stories is presented in the very beginning of the year in Montessori elementary classrooms.

The Great Stories are repeated annually to set the tone for the year and to provide inspiration and an orientation to cosmic education. It provides a framework for the child to see themselves as part of humanity — not just humankind today, but throughout history and into the future — with a place in the universe.  That might sound pretty lofty for a six-year-old child! But with each telling, the children gain deeper levels of understanding.

This story describes the Big Bang theory and the formation of the earth. It introduces the child to the notion of physical laws and some basic concepts of chemistry and physics such as the three states of matter.

The Great Story of the Coming of Life conveys the idea that, at some point in the history of the universe, life emerged. At first, there were single-celled organisms that became more complex over time to include cell specialization and the biodiversity we know today. This is the first introduction to the cell. This leads to a study of the Timeline of Life — the animals and plants that have populated the earth.

The human being appears at the very end of the Timeline of Life. In the Great Story of the Human Being, the guide reveals what sets humans apart — a brain to think, an emotional capacity to care for others near and far, an ability to adapt, and the dexterity to work with the hands using a thumb and forefinger grip.

The Great Story of Our Alphabet takes the child on a journey from Stone Age communication through the Egyptian, Phoenician, Greek, and Roman developments of written language. It offers a historical perspective and a sense of gratitude for the ability to express oneself in writing through the symbols we call letters.

Did you ever wonder how numbers came into existence to answer: How many? How much? The final of the Great Stories tries to achieve in math what the previous story did for language. Numbers are the basis for all exploration in mathematics and geometry! The guide has the child imagine how prehistoric people counted using their fingers or notches on a stick. The telling of the history of our numbers crisscrosses the globe from ancient Babylonia to India and on to Europe.

The rest of the lessons that are given throughout elementary can all be traced back to these five Great Stories! Later in elementary, the children can explore how other cultures explored these big ideas through myths, legends, and rites of passages.