Collaboration is a hallmark of the Elementary Montessori classroom 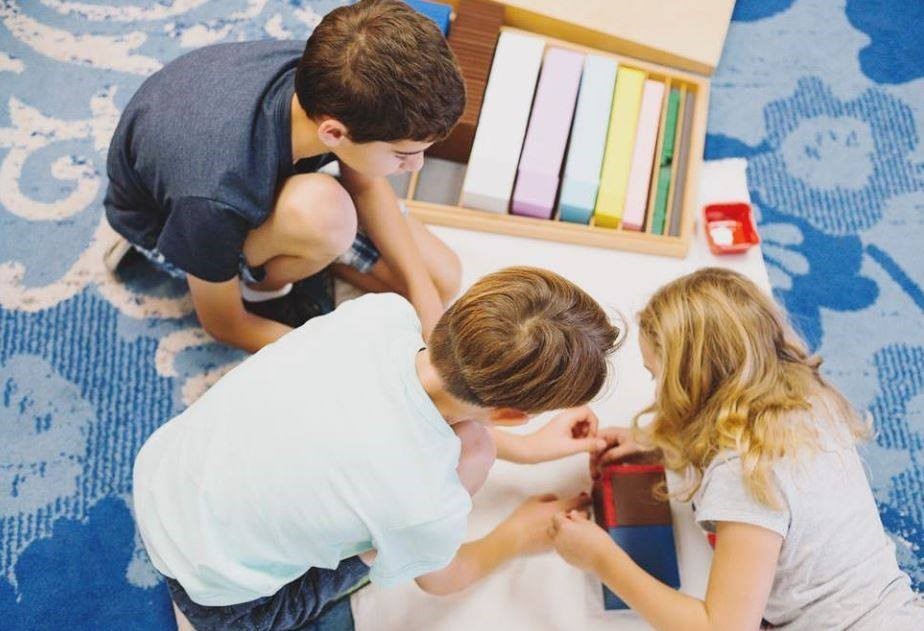 In the business world, collaboration is a buzzword you hear frequently. The exchange of ideas and specialized knowledge has been shown to lead to greater efficiency as well as better products and results. Pixar and Google are known for designing office spaces to maximize encounters among employees in different divisions to encourage creativity and collaboration.

Collaboration is also a hallmark of a Montessori elementary community. The mixed-age groupings are a feature of Montessori at all levels, but the elementary is intentionally designed to support collaboration because it is a need that is highlighted at this age.

When Dr. Maria Montessori was developing her approach, she observed with her keen scientific eye the characteristics that marked each age group. The calm orderliness of the child from birth to 6 years old gives way to the elementary-age child with a fully formed social personality that craves interaction.

In the first six years of life, the child is focused on himself. He is aware of others, but they are not the center of his attention. In the Children’s House, the child’s work and lessons are mostly individual, though he may work in the company of others. Montessori noticed that there is a shift in the next six years in which the child begins to attach himself to others and wants to be surrounded by people. In elementary, the child’s work is mostly collaborative, unless he is working on perfecting individual skills.

“Education between the ages of six and twelve is not a direct continuation of that which has gone before, though it is built on that basis,” Montessori wrote in “To Educate the Human Potential.” According to Montessori, the first period of life is for the “acquisition of environment,” whereas the next phase is for the “acquisition of culture.” Meaning, the elementary years are the time when a child is eager to learn about how people throughout history have contributed to society and how the child will one day do the same.

Montessori observed that elementary children begin to separate from their family and are drawn outward toward society. Group activity becomes very important because children love to join one another. Montessori considered this behavior to be so pronounced and universal that she referred to this urge as an instinct.

She noted that the elementary child has a “need to associate himself with others, not merely for the sake of company, but in some sort of organized activity. He likes to mix with others in a group wherein each has a different status. A leader is chosen, and is obeyed, and a strong group is formed. This is a natural tendency, through which mankind becomes organized.”