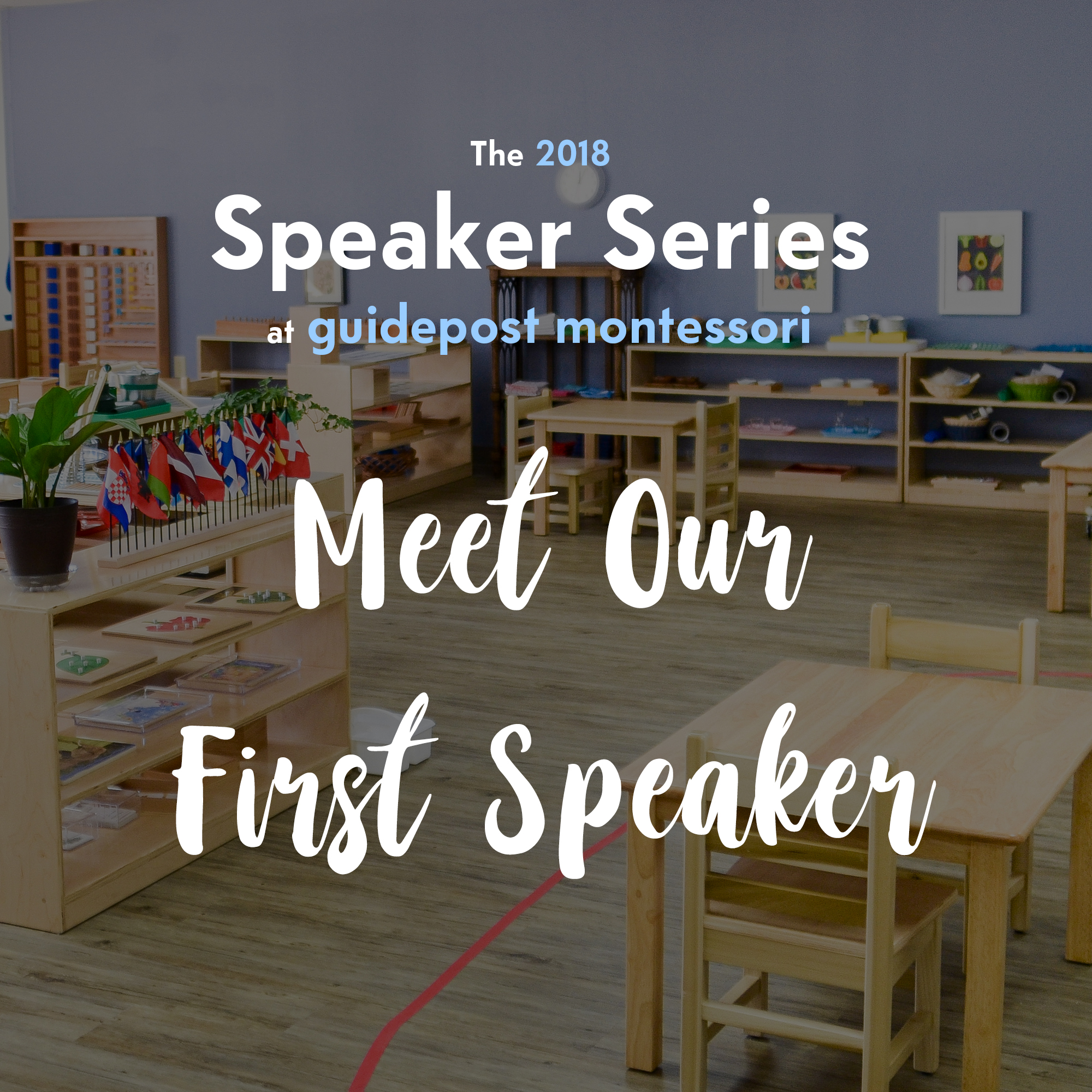 We're thrilled to have Margaret Whitley lead off The 2018 Speaker Series at Guidepost Montessori on Thursday, February 22nd. Her talk, 'Why the Modern World Needs Montessori,' delves into the benefits of the 100-year-old education method that continues to gain recognition, because it embraces creativity, cognitive flexibility, and an ever-changing world as part of its basic DNA.

Margaret is an AMI elementary-trained Montessori educator and leader. She has taught all levels of elementary, established the first Montessori middle school in Canada in 1988, and was head of Montessori Academy of London in Ontario, Canada, for 13 years—the school she went to as a child.

We recently had the chance to sit down with Margaret—and because there's only so much time during the upcoming Speaker Series' Live-streamed Q&A—asked her a few ice-breakers below. We hope you enjoy! [GM]

How Would You Describe Montessori Education In One Sentence
Montessori is about discovering the best and supporting the best in each individual child.

Favorite Montessori Exercise To Teach
So tough! There are so many! Likely the Story of the Star along with the Trinomial Cube at its highest level, or the human geography lessons on the interdependencies of humans.

Unexpected Lesson Learned In The Classroom
It is okay to not know everything. The students will teach me.

Books that Have Influenced Your Life The Most
1. Maria Montessori's To Educate the Human Potential
2. Gift From the Sea by Anne Morrow Lindberg
3. Jane Silcott's Everything Rustles

Darndest Thing A Student Has Said
When teaching our middle school program 26 years ago, we were discussing human sexuality. I was about 6 months pregnant and one of the students looked at me with a smirk and said loudly to the whole group, 'I know what you and Mark have been doing!'

Bucket List Work Project
Learn the ukelele and get my book published.

Dream Place To Start A New School
In one of our indigenous communities in Canada but only at their invitation.

Advice To First-Time Parents
1. Relax, I have made lots of mistakes as a parent and both my children are thriving and not sleeping on my couch.
2. Don't do guilt, it is a useless emotion.

Advice To Your 21 Year Old Self
Start running. It is brutal to start in your fifties!

Editor's Note
Attending Margaret's talk in-person or on Facebook Live? She wanted to pass along three brief, yet fascinating articles that she plans to incorporate into it. We particularly enjoyed the first and third articles:

What's the Point of Montessori, Really?