Get to know the staff and students at Fort Mason 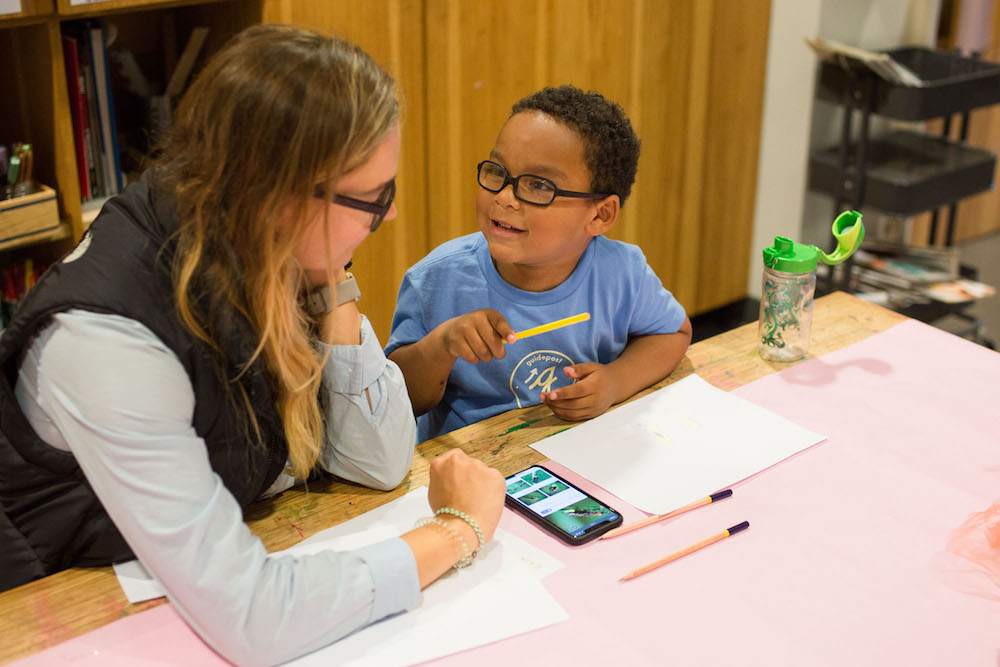 Kate Moriarty was one of the first team members to open the doors at Fort Mason. When she arrived in 2014, it was an AltSchool and still in its pilot year. She joined maybe 20 others within the AltSchool network of schools at the time, eager to make a change in education.

“I had three interviews in a week, all on video conference and never meeting anyone in person, but I knew right away, I definitely wanted to work for this school,” says Kate, who flew into San Francisco from Harvard, where she had just completed her masters in mind/brain education. 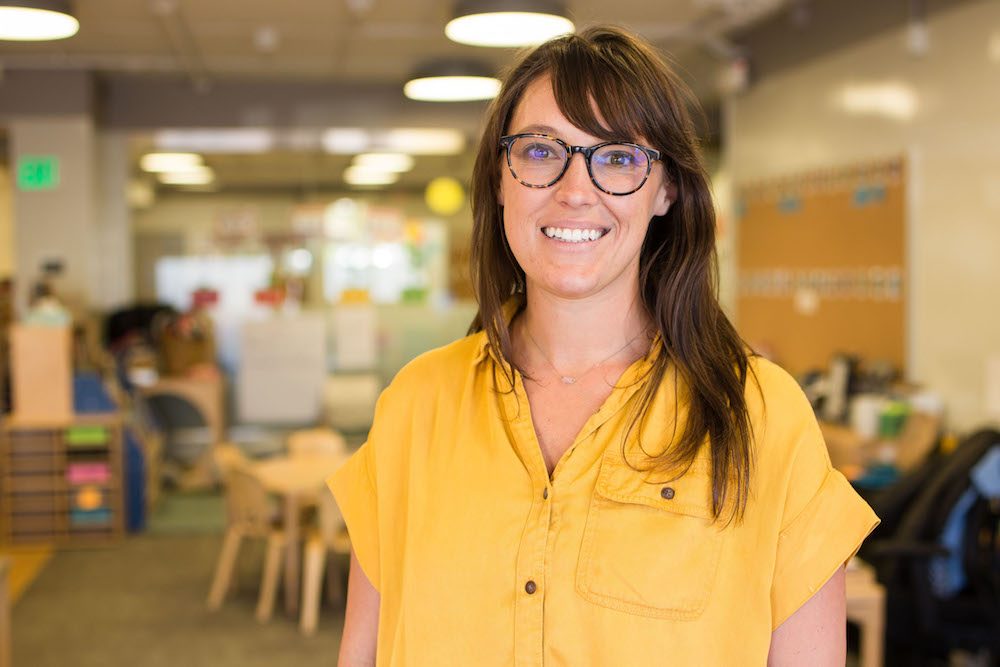 Kate’s from Massachusetts, where she attended a boarding school in high school and went on to teach in one as well, teaching psychology and world history and coaching soccer.

“But then I took an online course on neuroscience and holistic education, and I fell in love with it,” she says. “I was super interested in learning about social/emotional learning, because I always felt like, in teaching, we expected all kids to do the same thing, but that wasn’t working for all kids.”

In AltSchool, she found the progressive teaching and learning she was craving, and she dove deeply into meaningful relationships with the students, the families, and the staff.

“Kate did it all,” says David Dobson-Smith, who serves today as Fort Mason’s Head of School. “She was in class every single week, looking after social and emotional learning. She’s been the pillar of this community from the very beginning.”

Kate started as an upper elementary teacher, with around 60 students enrolled in the school, until she transitioned to a teacher coach, while still supporting students and staff every day. Today, she serves as Assistant Head of School, focusing more on admissions, safety, and operations for the school.

“I’m learning a lot about admissions and actually marketing to other Montessori kids in San Francisco,” Kate says. “I’ve been connecting with them and touring families to let them know we are a Montessori option to go to as they transition out of Children’s House.”

Being true to what you believe in

David joined AltSchool about a year after Kate and has held a number of central roles within the organization. Over the past year and some, he has been based at Fort Mason as Head of School. His educational journey brought him from his home in Alberta, Canada, to Asia and then England.

“I was supposed to go for four months and stayed for 14 years,” says David, who’s been working in education for nearly 20 years now. “My background is specifically working with children on the autism spectrum and severe behavioral language and communication needs. I spent a lot of time building up programs in mainstream schools so that all students needs were able to be met. After that, I took on the deputy headship of a school in East London.” 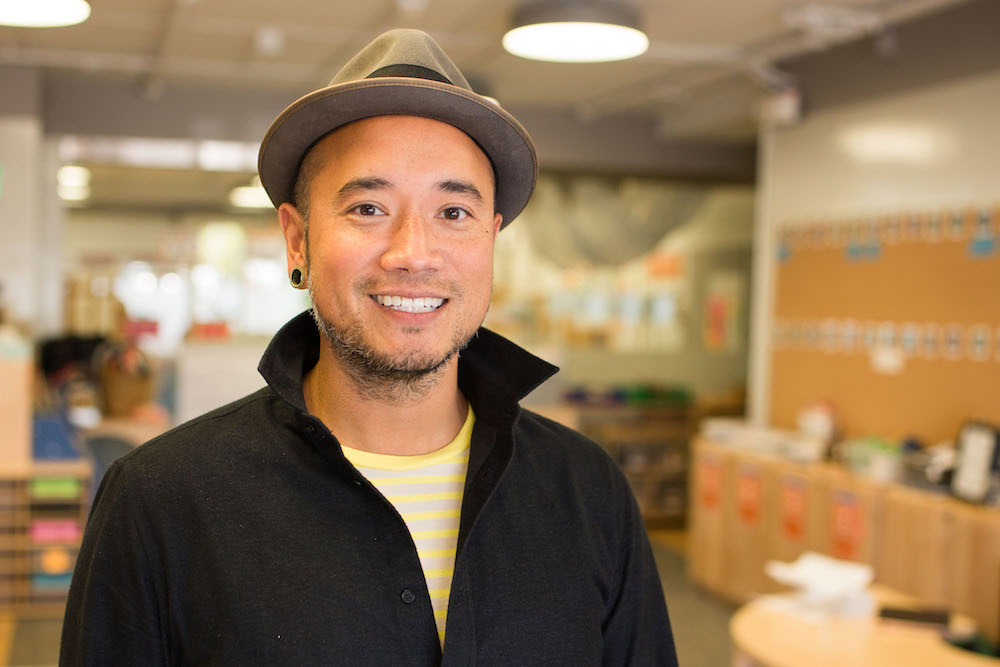 Then, to be closer to family, he moved to the states, where he settled on San Francisco and found AltSchool.

“David is awesome,” Kate says. “He’s literally the best, and it was so great when he came in as our new Head of School. It was also at a time when we were building from scratch, trying out different things and just trying to get our systems in place.”
David says he learned a lot and was really inspired from his experience helping to build AltSchool, and he’s eager now to move forward with an “ambitious” organization.

“To us, Higher Ground represents just being very true to who you are and what you believe,” he says. “It’s really refreshing to be in an organization where the leaders come from education, and having Montessori will serve as a natural sort of buffer for everyone.”

‘I wouldn’t change a thing’

David says the teachers are transitioning well at Fort Mason.

“We have this beautiful mix of existing and new teachers,” he says. “Those who have stayed want to be here, and that is awesome. They’re learning about what Montessori can look like in elementary and middle school. But we also have this mix of young, fresh, dynamic new people who are learning about Montessori and want to move forward with it quickly. That combined energy is really helping the parents and students to process and move forward, and AltSchool really paved the way for a smooth transition.”

As for the 50+ students in the classrooms, they’re just adjusting to a new school name! They otherwise appreciate the learning and the opportunity to be a part of something special. 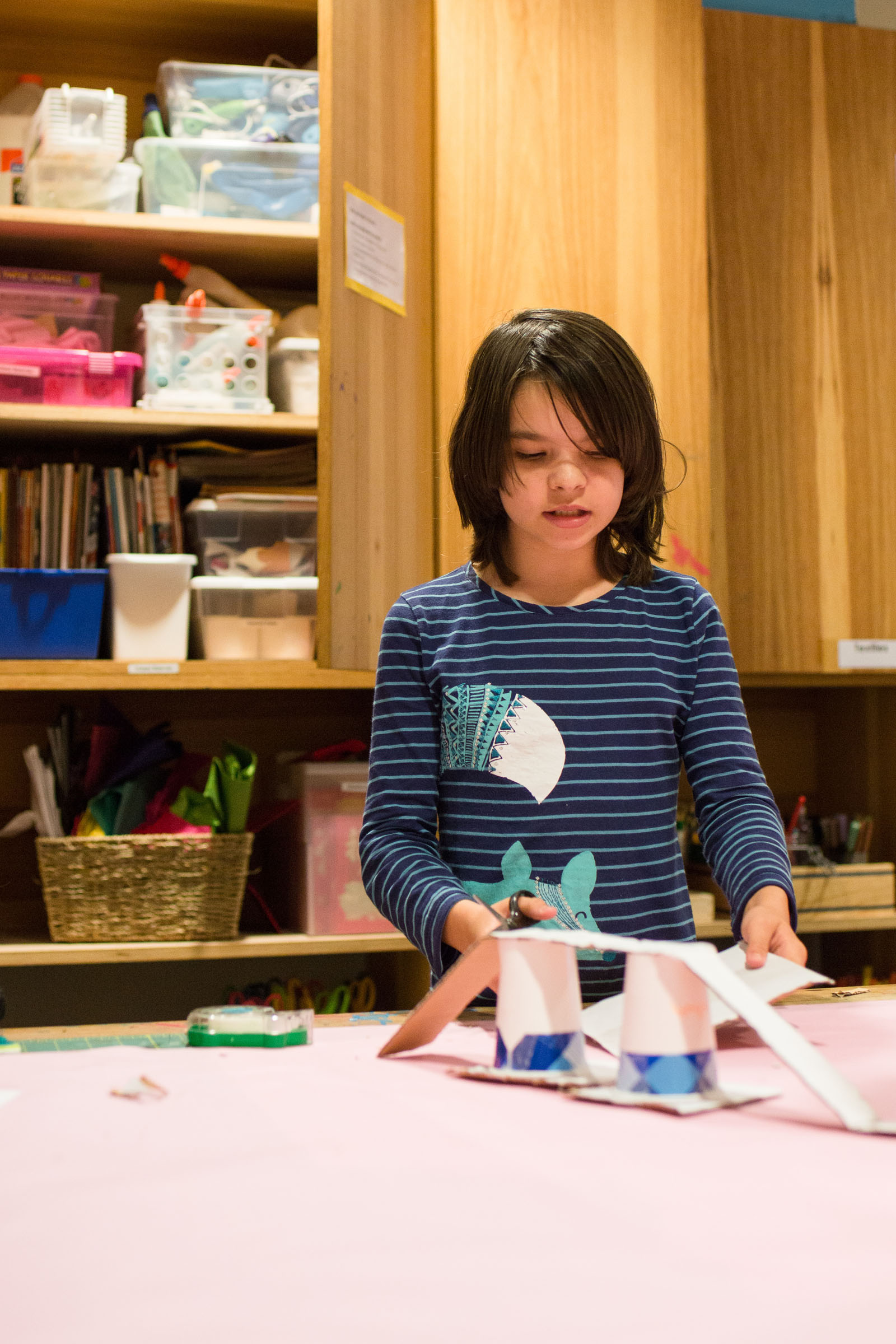 “I didn’t know what to expect when I came here, but this school is absolutely fantastic,” says Lilly Quine (photo above), a fifth-grade student at Fort Mason. She and her twin sister have been attending the campus for four years now. “This school is a lot more innovative than other schools because they are always trying to find new ways to teach. They allow more hands-on work so we understand better. They will say to us, ‘We know you can do it, but do you understand it?’ It’s a different kind of learning, and it’s brilliant. I wouldn’t change a thing.”

David says Fort Mason focuses a lot on physical, practical experience in the classroom — whether that means going out to the city to explore or using their hands to create — and students thrive when they get to participate in choices they make at school.
“Our students understand that they have control and ownership over their learning,” he says. “If they see something that is inspiring to them, they know this is a safe place to say, ‘Hey, we should do this!’ And we will do it.”

David says now that Fort Mason is a Guidepost school, he’s excited to integrate the project-based learning from AltSchool with Guidepost’s Montessori pedagogy, knowing the school and the staff will all work together to continue deep, rich learning for each child.

“We now have a model to work toward, getting to a place where our students have all the building blocks they need in order to be successful,” he says. “That’s my hope and dream.”

Click here to learn more about the parent community at Fort Mason.