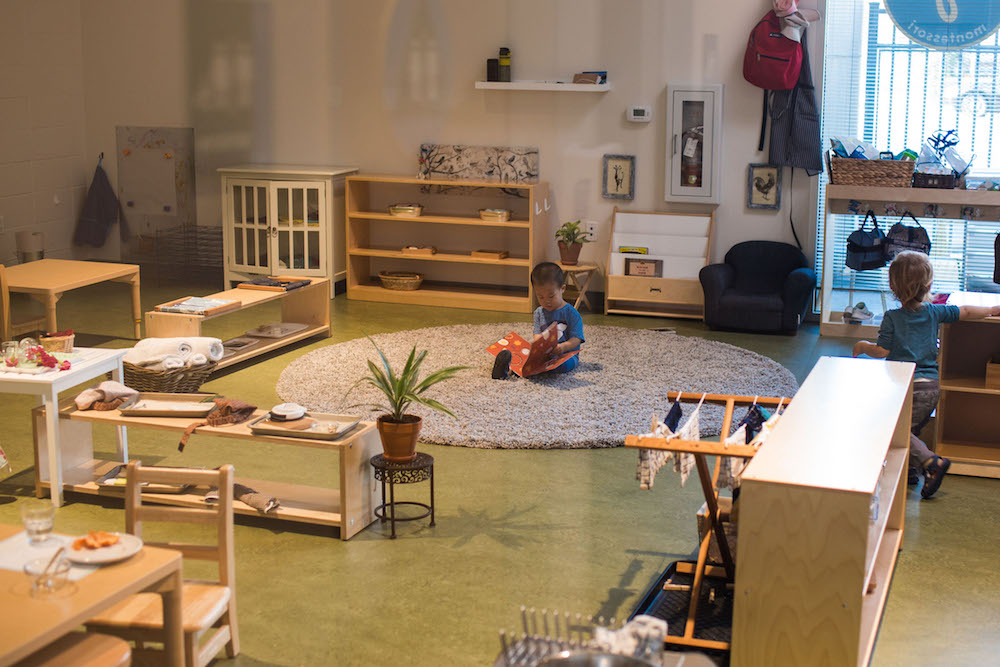 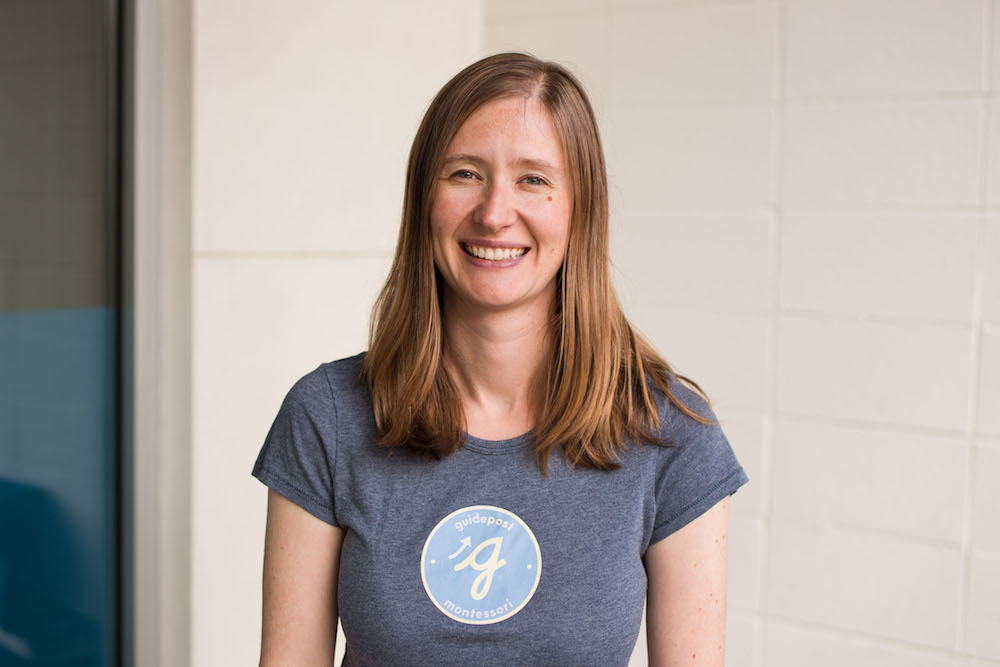 The recent grand opening at Guidepost Montessori in Palo Alto, California, has been a long time coming for Head of School Carolyn Burns.

Two years ago, she was working for AltSchool, a San Francisco-based series of startup schools that focused on technology and project-based learning. Her school had over 60 students enrolled within a beautiful downtown campus near Stanford University and among a hub of tech, arts, and culture.

Then, after that school closed in the winter of 2018, Guidepost Montessori leased the same building, and Carolyn went from teaching in the classroom for AltSchool to becoming Head of School for Guidepost Montessori, all under the same roof. She was eight months pregnant at the time with her first-born son.

“I came back from maternity leave to help open a brand new school,” says Carolyn, who was one of the founding members of AltSchool’s Palo Alto location.

Last year was a transition year, both for Carolyn and the school. They were licensed as elementary, but the community demand was for younger children. Today, Palo Alto runs a full toddler program, with many families on the waitlist, and their Children’s House classroom is nearly complete as well. They have two other classrooms that are slated to open up next year.

“We’re hoping to have elementary in the future,” Carolyn says.

As the staff and new families settle in, Carolyn is embracing her new role and reimagining all that she can do — in her work and for her school.

“I’m now able to take a step back and really think about parent education, teacher support, and professional development, and I’m learning a lot about myself as well,” she says. “We have such an awesome team here, and it’s really rewarding for me to be a thought partner for the teachers here who are just starting out.”

The Guidepost family has been a positive thought partner as well.

“Guidepost has been really patient with the fact that I’m learning,” Carolyn says. “Whenever I felt like I was making mistakes, I was hard on myself and didn’t feel successful, but everyone at Guidepost continued to reassure me, ‘You are going to be successful! All this learning is part of the process!’ I never felt criticized, just really supported.”

Carolyn has been working in schools for nearly 15 years. She began her career in Arizona, working as a Teach For America Corps member and teaching fifth and sixth grade before moving overseas to teach fourth grade at a British international school in Cairo, Egypt, for a year. 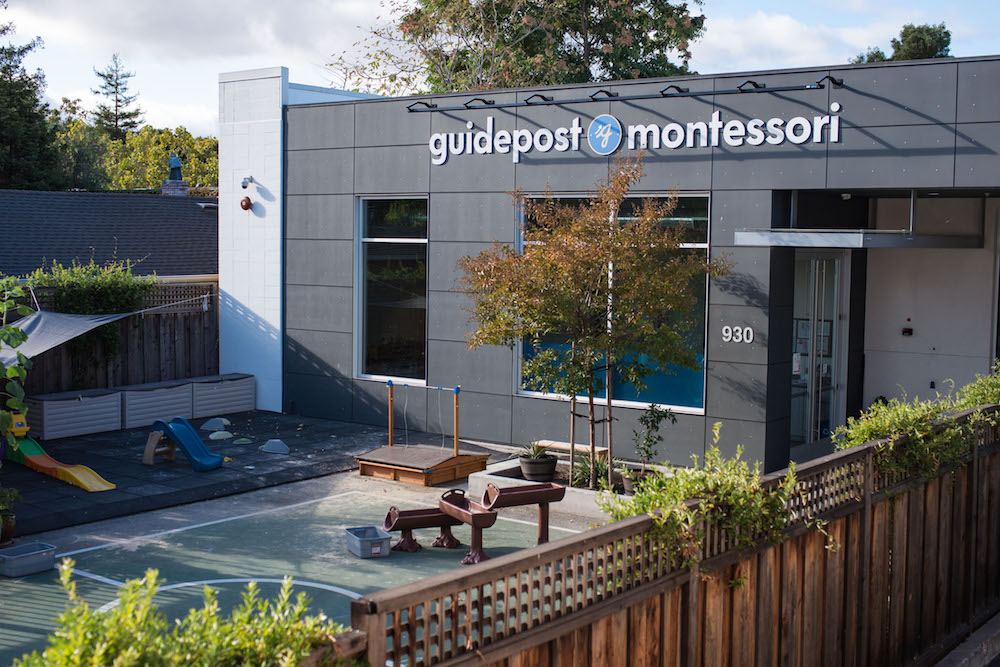 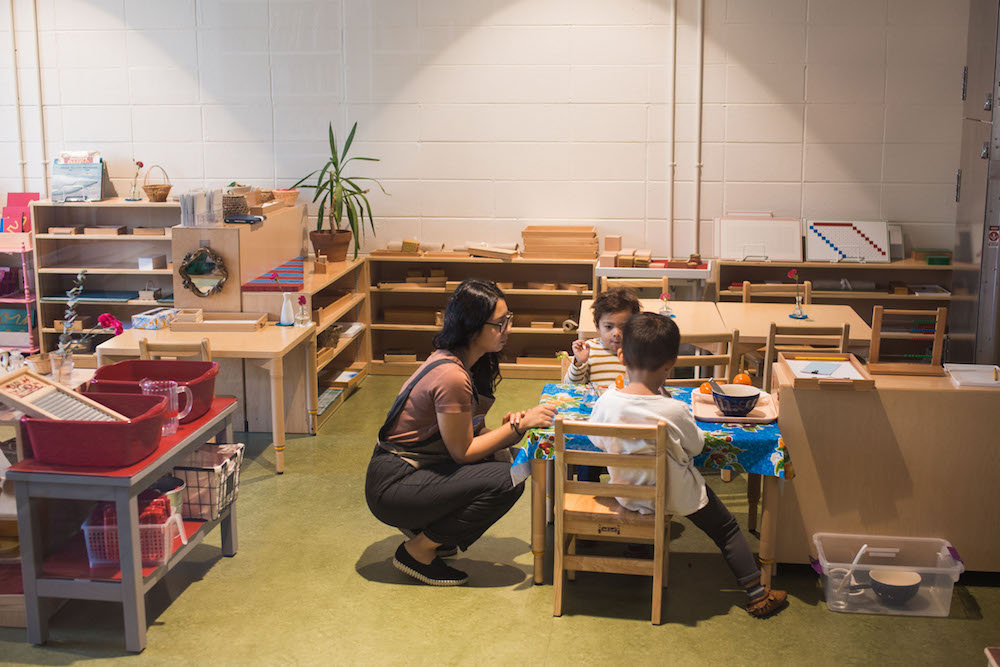 “The school and its curriculum were very regimented, so it was the only time in my career I worked no more than a 40-hour work week!” Carolyn says. “I left on the 4:10 bus every day, I visited Lebanon and Jordan and spent the weekend snorkeling in the Red Sea. It was a really interesting year.”

From there, she became vice principal at a public charter school in South Phoenix.

“We were trying to reconfigure a way to meet children’s needs better,” Carolyn says of her experience. “There was traditional whole group learning, but we offered personalized, web-based learning and small group work as well.”

It was this pilot effort that drew Carolyn to AltSchool.

“I could finally see that something wasn’t working in the public school system, and I finally felt free to focus on children’s needs as opposed to just test scores,” she says. “At AltSchool, we had so much autonomy that first year. We were establishing curriculum and our staffing model, and it was a huge learning experience for me.”

When Carolyn joined Guidepost as Palo Alto’s Head of School, Montessori was new to her, and she reveled in the learning.

“I am so drawn to Montessori, because we work with each child at their own pace,” she says. “I believe that children need structure, so there’s this tension of wanting to give them choices and freedom and supporting their independence, but they need guidelines and routines, too, and I’m amazed at how Montessori achieves all of that.”

She also feels relief in the establishment of Montessori, that it’s not up to her to create something new. Rather, she’s embracing a curriculum that works both for her and every child in the room.

“We don’t need to pilot something here,” she says. “Because the pedagogy and the approach and the materials are already so thoughtfully figured out at Guidepost, I get to focus instead on how to build our communities best and how to best run our school. I get to focus on each child and each parent, and I know parents are sensing that stability.”

Parents come in and sense stability and strength in Carolyn, too.

“I have visited other schools and connected with other heads of schools, and I feel very confident here,” Carolyn says. “It’s important to take that time to get oriented and get the lay of the land, you know? Now I can build trust and relationships with families.”

Click here to learn more about other Guidepost schools in the San Francisco area.